As machines for commercial usage are faced with increasingly severe environments, the industrial bulk memory card used in them need to be more sturdy to be competent.

Therefore Western Digital has also added “Industrial” series memory cards which can withstand extreme temperature environments through the SanDisk brand. At the same time, in order to meet the memory card needs of current automated machines, such as connected cars and drones. Also, there is a new series of special “Automative” SD cards.

The “Industrial” series of memory cards are available in three series: microSD and SD card versions.

Their read and write speeds are both Class 10 certified 80MB / s and 50MB / s. The strongest Industrial XI SD card can be used between extreme temperatures of -40 ° C to 85 ° C; Industrial SD and microSD cards are used between -20 ° C to 85 ° C, which is relatively less resistant to cold. But it is interesting that SanDisk has added a Health Status Monitor to check the operation status of the memory card, allowing users to know whether the memory card has been damaged due to extreme environments. Both SD cards are only available in 8GB to 64GB versions, and only microSD cards have a large capacity of 128GB.

Another new “Automative” SD card series is available in 8GB to 64GB versions with speeds up to 80MB / s. In terms of function, although there is no exclusive testing tool like the Industrial version, it has obtained AEC-Q100 Grade 3 certification for automotive accessories, which also proves that the memory card can be used at a temperature of -40 ° C to 85 ° C.

From Dellwa salesman: “Recently we have Sandisk bulk pack microsd special offer, if you might interest in Industrial bulk memory card please feel free to contact us!” 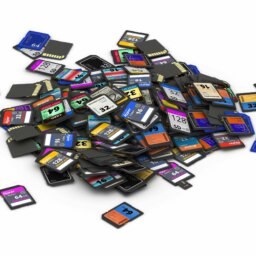