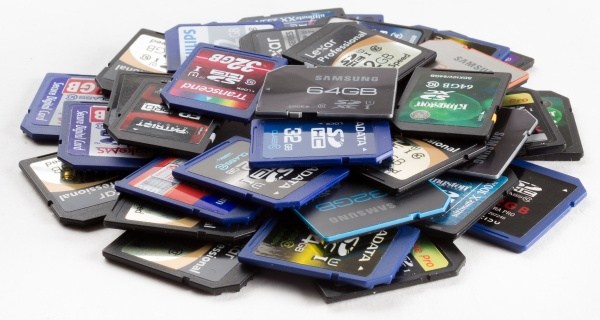 How to recognize false capacity between bulk memory card?

Buying a memory card usually feels that the capacity is not real. For example, the package says that 64GB is calculated on the computer but only displays 62GB, 63GB. This is very common. But here is a more exaggerated “serious labeling”, such as the one that can only store 8GB but the appearance is written as 64GB-

The first is capacity inflate. The internal flash memory capacity is only 8GB, but the external is labeled with 64GB. Such a card will prevent you from getting an “out of capacity” error when trying to transfer a larger file.

The second is a defective or non-new memory card, which is marked with 1GB but the actual flash memory capacity may be 2GB or even more, which means that the manufacturer may find that the flash memory of the card is defective or damaged, so adjust its memory card information so that Its capacity has become conservative, and it will not use more than the set space to save files, and it can avoid these defective blocks; this may not cause data loss, but it still means that this card has a problem, just like the human body has a large intestine Bacillus, but the presence of E. coli in drinking water means that the water source is contaminated.

Some stores sell memory cards that are mislabeled or relabeled like this. It may or may not be known, basically to add value: The capacity is higher, the more expensive you can sell) and recycling (reducing costs), but we also hope that we have the right to know and choose.

The following uses the largest SD card as an example:

Each SD card is composed of two parts: controller + flash chip. The actual capacity of the flash chip can be fixed, but “how much capacity can be stored in this flash chip” is informed from the controller, when the [Content] option of the memory card is called in the operating system, the maximum capacity displayed is also the information given by the controller, rather than the result of the operating system testing the capacity of the card through real measurements such as writing and reading. The operating system assumes that the controllers are honest. But if you really want to use this 8G 64G memory card to load things, less than 8GB is okay, and if you exceed it, you will start to overwrite the data you loaded firstly, and sometimes even overwrite the pre-installed data because of this. The zoning information of the reserved area will not be reported voluntarily.

As mentioned earlier, some sellers sell fake card, and some don’t even realize that they are selling fake card. Our goal is to accurately identify these fakes in order to understand the situation why we have seen where the 64G memory card only got 8G data finally.

(1.) If the photo identification through the seller is a fake memory card:

(2.) Check if the quality of the packaging is consistent with the information. (3.) Check the appearance of the memory card, including front and back.

On the front side, you can go to the manufacturer’s official website to check what their official memory cards look like. Like fake SanDisk 128GB Micro SD memory cards, there are many strange colors, which is different from the original version on SanDisk’s official website. The front and even the designs are different, and the text is not properly aligned.

The key point is here, all the fake memory cards now basically have the following information on the back:

The fake memory cards have the same model number on them. The “08” of MMB3R08 … in the model reveals the true capacity of the memory card: 8GB. If you see such a model on the back of a memory card larger than 8G, this is usually also wrong, and currently known:

If you can’t confirm the authenticity of the memory card by any method, you can try to find out its data sheet.

Read the Chip ID through the Nand reading device and try to find the data sheet file through the controller record value.

Let’s take a look at these screenshots:

Here we have a chip labeled K9GAG08U0M and a storage capacity of 2 GB, but the memory card is labeled 1 GB.

If we check the window of Service information we can see:

Let’s find the data sheet of this chip, we need to use the information of the chip, in this example it is K9GAG08U0M.

We can see that it is actually a 2GB memory chip.

Another example is when FF can be identified using large step values.

We see the following screenshot:

Here we use the MT29F64G08CFAAA chip. When we check the Service information window and use the “1024” step value, we can see that the memory card has user data blocks and “FF” blocks:

These are the back of the fake memory card: Sandisk, two Samsung, ADATA, and miscellaneous cards: Can you guess which brand is which one from this picture? If not, it is normal, because no matter what the front, the back model is “MMB3R08BUACA-GE”, and they are all fake cards.