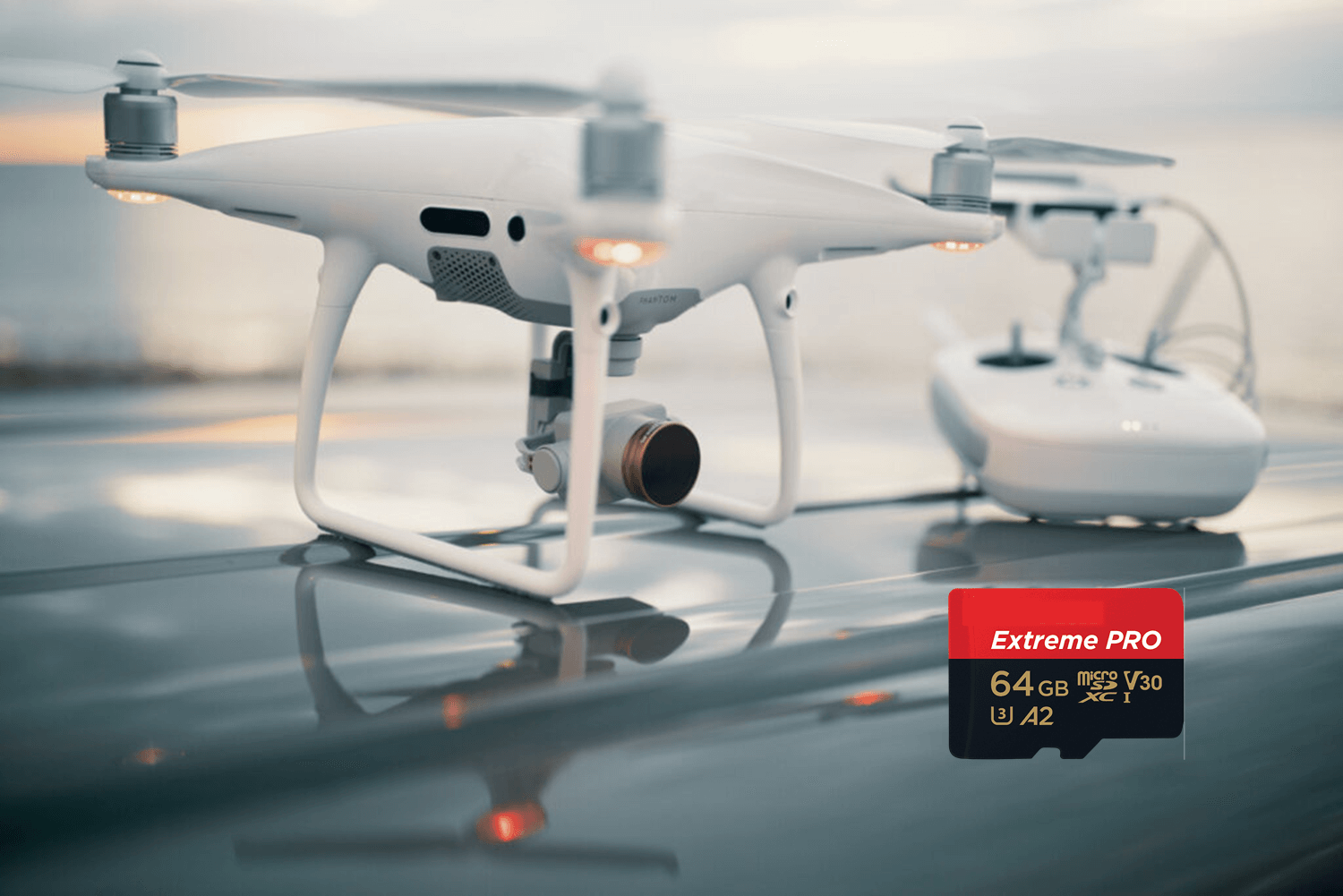 Industrial Micro SD Card: Which Is Best for Drones?

With the popularization of shooting equipment such as drones and sports cameras, the field of using industrial micro SD card has become more and more extensive.

As a common storage medium, industrial microsd is practically used in a large number of electronic devices that require storage cards. From mobile phones to cameras, from drones to dash cam, almost all the equipment that needs to be used to store records around you has its presence.

Here is the simple guidance for you to choose industrial sd card.

One of the major characteristics of industrial flash card is the difference in actual transmission speed. Since the storage of dynamic content such as video requires a constant write speed, the difference in speed will greatly affect the reliability of use. Therefore, the speed class and UHS speed class provide a stable writing speed required for video recording. The set “minimum writing performance” is used to ensure that video cameras, video recorders, and other tools are at the minimum stable speed. The recording function equipment can meet the writing operation conditions in the standard specification.

There is no fixed standard for the industrial micro SD card for drones. Different drones have different minimum standards, but some manufacturers’ drones have specific specifications. For example, DJI requires 128GB and UHS-I Speed Grade 3 read and write speed. UHS requires one of the three categories of Ultra-High-Speed, and a speed class of three. SanDisk’s Extreme Pro microSD memory card meets these specifications. The outside of the industrial microSD is equipped with a “UI” logo and a number “3”.

At present, the Class level has become the general standard for memory card speed. The higher the level, the faster the transmission speed. Presently, the Class10 level is the most common. It can support the recording and playback of full HD video, which is also the lowest standard when we choose a memory card for the drone.

The two marks of “Speed Class” and “UHS Speed Class*” represent the lowest writing performance, which ensures that dynamic content records such as video can be stored smoothly at a stable speed. This is very important for video cameras, video recorders and other devices with video recording capabilities.

If your drone supports 4K video recording, you must choose a UHS-1 industrial memory card!

The memory card has a limit on the number of writes and has a life span. Divided by the following specifications:

As a long-established memory card manufacturer, Sandisk has been acquired by WD, and its products have always appeared in front of everyone with stable quality and good reputation.

As the world’s largest supplier of flash data storage card products, it has a history of nearly 20 years and the brand can be trusted. And most of its memory cards have a 10-year warranty, and some even have a lifetime warranty, so the quality is guaranteed.

The new generation of M303 has built-in Toshiba 3D flash memory (BiCS FLASH™) to increase its maximum storage space from 128GB to 256GB. The capacity of the M303 memory card that arrived this time is 128GB. The larger storage capacity allows users to avoid large-scale videos. Worry about file storage.

M303 not only has a maximum read speed of 98MB/S, but also supports 4K video recording and several hours of video recording capacity. It has a V30 video speed grade standard, and the minimum continuous writing speed can reach 30MB/S, so it can Easily cope with recording large-capacity high-definition video and 4K video recording.

The measured read speed is up to 90MB/s and the write speed is around 25MB/s, which can meet the needs of high-definition video enthusiasts. In addition, the memory card supports 5 protections such as water release, anti-magnetic and anti-vibration, which can ensure the safety of the data in the card during extreme use.

The read and write speed of this memory card is UHS-1 (read: 90MB/S; write: 60MB/S), which can meet 4K video shooting. The 64GB capacity can shoot 200 minutes of 4K video. The unique SanDisk storage zone App allows you to easily manage files on your phone and export photos more easily.

Its reading speed is as high as 100MB/S, with U3 and V30 video levels, and can perfectly support 4K video recording. No need to worry about using it, and the export speed is also very fast. If you encounter data being deleted by mistake, don’t worry, you can easily restore your important data through exclusive recovery software.

Similarly, how long a memory card can store video depends on its capacity.

In order to be able to maximize its performance among different devices, you can choose the corresponding industrial microsd according to the performance of the device. Don’t affect your drone career by negligence in purchasing a industrial micro sd card!

We are glad to provide you industrial micro sd card from major brand for suitable you are significant and sophisticated equipment. “

If you have demand of purchasing industrial microsd, please don’t hesitate and feel free to contact us!”